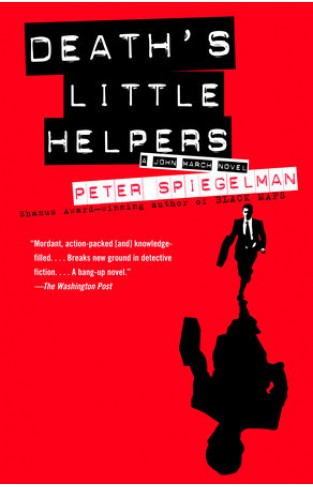 Publication Date:
May, 01 2005
Binding:
Paper Back
Availability :
Out of Stock

In this masterful follow-up to Peter Spiegelman’s stunning debut Black Maps, private investigator John March finds himself drawn into a web of corruption that extends from the halls of high finance to the dark underworld of organized crime. Gregory Danes, a Wall Street analyst has gone missing, and his ex-wife, a fashionable painter, calls March to track him down. She just wants him to sign her  alimony checks, but as March soon discovers, she’s not the only one looking for him. Danes was once an industry hot shot, but has  lost his touch. His biggest gains lately, it seems, had been in enemies–including a few members of the Russian mob. When March receives a threat upon his own family, he realizes Danes had been involved in something far more dangerous than insider trading.