Cultures in Conflict: Christians, Muslims, and Jews in the Age of Discovery 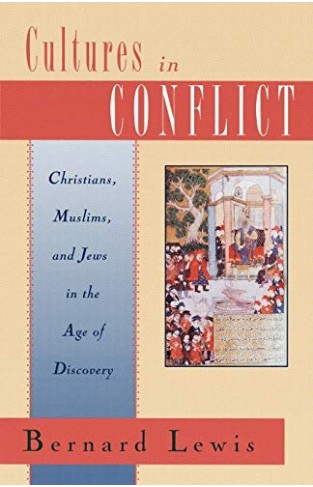 Cultures in Conflict: Christians, Muslims, and Jews in the Age of Discovery

Hailed as "the doyen of Middle Eastern studies" in The New York Times Book Review, Bernard Lewis stands at the height of his field. "To read Mr. Lewis," wrote Fouad Ajami in The Wall Street Journal, "is to be taken through a treacherous terrain by the coolest and most reassuring of guides. You are in the hands of the Islamic world's foremost living historian." Now this sure-handed guide takes us through treacherous terrain indeed--the events of 1492, a year laden with epic events and riven by political debate.With elegance and erudition, Lewis explores that climactic year as a clash of civilizations--a clash not only of the New World and the Old, but also of Christendom and Islam, of Europe and the rest. In the same year that Columbus set sail across the Atlantic, he reminds us, the Spanish monarchy captured Granada, the last Muslim stronghold on the peninsula, and also expelled the Jews. Lewis uses these three epochal events to explore the nature of the European-Islamic conflict, placing the voyages of discovery in a striking new context. He traces Christian Europe's path from being a primitive backwater on the edges of the vast, cosmopolitan Caliphate, through the heightening rivalry of the two religions, to the triumph of the West over Islam, examining the factors behind their changing fortunes and cultural qualities.