The Hound Of The Baskervilles: A Sherlock Holmes Novel (Readings Classics) 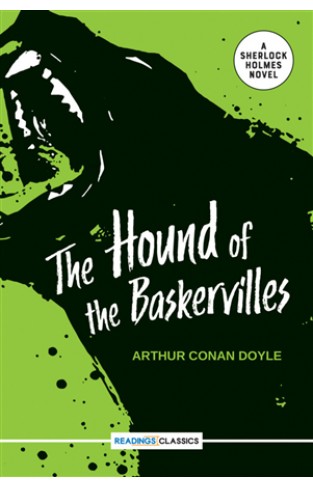 The Hound Of The Baskervilles: A Sherlock Holmes Novel (Readings Classics)

The Baskervilles have long been believed to be cursed. When Sir Charles Baskerville dies of a heart attack, his horror-stricken face and the footprints of a monstrous hound near his dead body tell a different story than the obvious natural cause. When Sir Henry, the only known living Baskerville, reaches London from Canada to take possession of the estate, he receives a note warning him to stay away. Nobody but a close family friend is supposed to know his whereabouts. It is a great mystery for Sherlock Holmes to jump in but he will need a lot more than his deductive reasoning this time if he wants to solve it. Published in 1902 The Hound of the Baskervilles was the third Sherlock Holmes novel by Arthur Conan Doyle written eight years after his last Holmes story. In fact, it is the most popular Holmes novel and marks the beginning of a second life for the maestro.