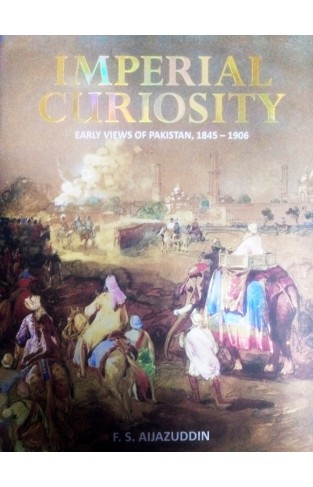 This book surveys the work done by European artists who visited the Punjab, Sindh and Khyber-Pakhtunkhwa between 1845 and 1906, and the royal visits by three British Heirs apparent between 1875 and 1906, and unusually the Russian Czarevitch to Lahore in 1891.

The book includes two groups. The first, works by six artists: Charles Hardinge who fought in the first Anglo-Sikh war of 1845-46; Prince Waldemar of Prussia, who came to India to sight-see and instead fought as a combatant on the side of the British forces against the Sikhs at the three battles of Mudki, Ferozeshah and Sobraon; Dr Henry A. Oldfield came to the Punjab as part of the British force that occupied it after the unequal treaty of 1846; Colonel A.F.P Harcourt who served in Multan and Lahore in the late 1870s; the prolific war-correspondent / illustrator William Simpson; and the American artist, Edwin Lord Weeks.

The second group are four royal visitors: the British Prince Albert Edward of Wales who visited in 1876; his eldest son Prince Albert Victor who toured in 1890; and Prince George and Princess Mary of Wales in 1906. The fourth royal visitor was a Russian Romanov - the Czarevitch Nicholas Alexandrovitch (later the ill-fated Czar Nicholas II), who came to Lahore in January 1891.