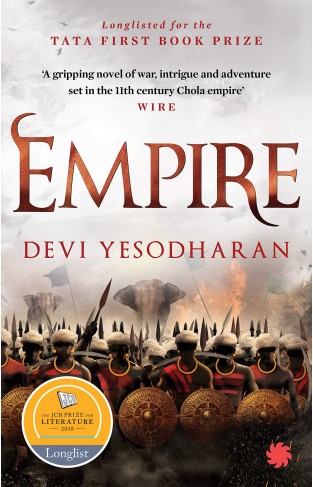 Twelve-year-old Aremis becomes a prisoner of war after the pirate ship she was on is captured by the Chola army. Over the next few years in Nagapattinam, Aremis (referred to as the Yavani or the 'foreign one') acclimatises herself to the Chola kingdom's cultural norms but remains an outsider. As a trained warrior, her archery skills win her a coveted position as the personal bodyguard of the king.

When the king's wife returns after she was presumed dead years ago, Anantha, the ageing and weary commander of the Chola armies is convinced that the woman is an imposter. He takes Aremis into his confidence believing the king's life is in danger. Together they uncover the conspiracy and plot the Empire's battle against the Cholas' vassals, the Srivijayans.