Angels with Dirty Faces - The Rich Footballing History of Argentina 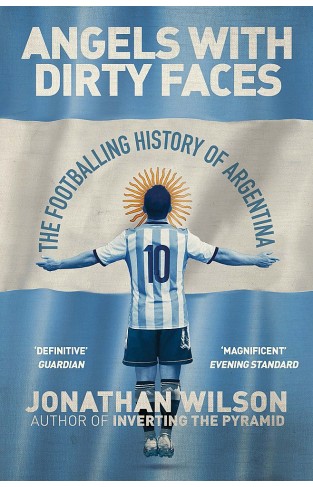 Angels with Dirty Faces - The Rich Footballing History of Argentina

The definitive history of Argentinian football from the award-winning author of Inverting the Pyramid Diego Maradona, Gabriel Batistuta, Juan Rom�n Riquelme, Sergio Ag�ero, Lionel Messi ... Argentina is responsible for some of the greatest footballers on the planet. Their rich, volatile history is made up of both the sublime and the ruthlessly pragmatic. Argentina is a nation obsessed with football, and Jonathan Wilson, having lived there on and off during the last decade, is ideally placed to chart the five phases of Argentinian football: the appropriation of the British game; the golden age of la nuestra, the exuberant style of playing that developed as Juan Per�n led the country into isolation; a hardening into the brutal methods of anti-f�tbol; the fusing of beauty and efficacy under C�sar Luis Menotti; and the ludicrous (albeit underachieving) creative talent of recent times. More than any other nation Argentina lives and breathes football, its theories and myths. The subject is fiercely debated on street corners and in cafes. It has even preoccupied the country's greatest writers and philosophers. Angels with Dirty Faces is the definitive history of a great footballing nation and its many paradoxes.