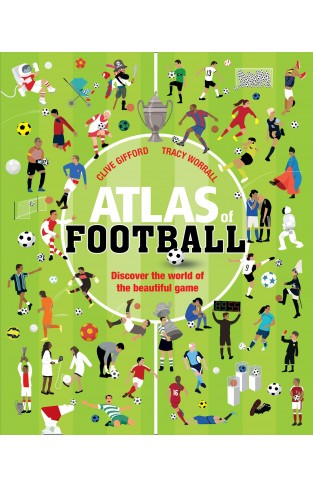 Grab your football boots and get ready for the UEFA European Championship 2021 in this incredible journey around the globe! An absorbing gift for avid football fans aged 7+ years, perfect for the next David Beckham. Kick off your footballing journey and see the world in a whole new light! Discover fascinating facts and stats - from record-breaking goals to famous football mascots - and learn about the funny and extraordinary moments that make football such a beautiful game. This unbelievable round-the-world adventure is a celebration of the beautiful game that will take you through all of the planet's continents. And the illustrated maps feature key aspects, such as borders, capital cities and major rivers, combined with amazing football facts - perfect for engaging young readers and football fans. Clive Gifford started writing books at the age of 16 and hasn't stopped since! He has had over 150 books published, most of which are for children. His books have been nominated for, or won, Royal Society, School Library Association, Blue Peter, Smithsonian and TES awards. Clive lives in Manchester. Tracy Worrall creates her artwork using both digital and traditional media. She produced animations for an award-winning educational television series for the Discovery Channel. Tracy lives in Liverpool.