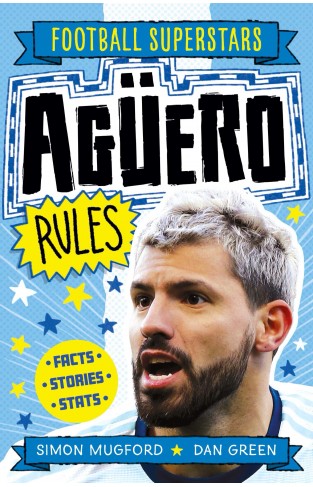 Filled with quizzes, stats and little-known facts, plus illustrated and told with all the fun of a Tom Gates novel, the Football Superstars series is perfect for young readers five and up.

Is Sergio Agüero your ultimate football hero? He is the highest South American scorer in the history of the Premier League with more than 180 goals, has won the title four times, and holds the joint-record for the most goals (five) scored in a single Premier League match.

Guided by his father, discover how Sergio started playing football at the age of five and how his skills saw him becomes the youngest player to debut in the Argentine Primera División at aged 15 before moving to Europe where he has since earned legendary status.

The Football Superstars series is aimed at building a love of reading from a young age, with fun cartoons, inspirational stories, a simple narrative style and a cast of characters chipping in with quotes, jokes and comments.