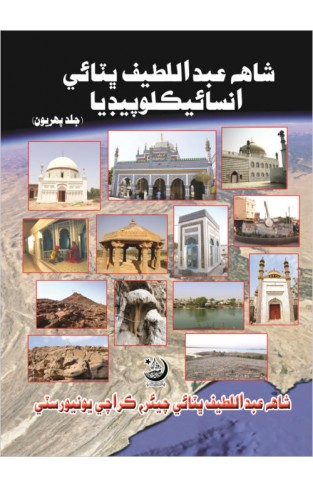 KARACHI: The first volume of an encyclopaedia on Shah Abdul Latif Bhitai was launched on Wednesday at CM House, which also saw the opening of an international conference being held at Karachi University (KU).

The encyclopaedia is published by the Shah Abdul Latif Bhitai Chair at KU.

“Working on Bhitai’s encyclopaedia for the past 10 years has been a labour of love. Hopefully, the remaining three volumes will be out in 15 to 18 months,” said Prof Saleem Memon, chief editor of the encyclopaedia and director of the KU Shah Abdul Latif Bhitai Chair.

Highlighting some of its features, he said that it would help understand Bhitai, his thought process and philosophies of life, his poetry and Sufism as well as the social and cultural life of that period and the history of Sindh.

“It contains comprehensive information on all aspects of and everything related to Bhitai. The team researched, collected and verified the material from different sources to produce an authentic work,” Prof Memon informed the audience.

Paying tribute to Bhitai, he said that he was a dervish, a people’s man.

“Poetry was neither his source of income nor he used it to please someone. His sole aim was to spread the message of love and educate people on the philosophy of life and human values. This explains why he never used any other language for his verses except Sindhi, though Persian was the official language of his time,” Prof Memon explained.

He also elaborated the themes and concepts of Shah’s poetry having relevance to the 21st century.

Prof Muhammad Ajmal Khan, KU Vice Chancellor, appreciated the work done by the Shah Abdul Latif Bhitai Chair and said that it was a unique effort.

“It’s a great achievement in the history of Karachi University. There is no doubt that compiling an encyclopaedia is a Himalayan task and what this team has done is a matter of pride,” he said.

Fazl-ur-Rehman, the caretaker chief minister, described the encyclopaedia as an important addition to literature on Bhitai and said Sufism needed to be promoted in today’s age being ruined by hatred, bias and violence.

Concluding the programme, Dr Shakeel Farooqi, senior KU teacher, said: “An encyclopaedia can only be produced when there is a multifaceted subject worth exp­lor­ing. Second, it takes perseverance, consistency and hard work of years to produce an encyclopaedia for which the team deserve appreciation.”