Pakistan Archaeology Inside Story Of 38 Years 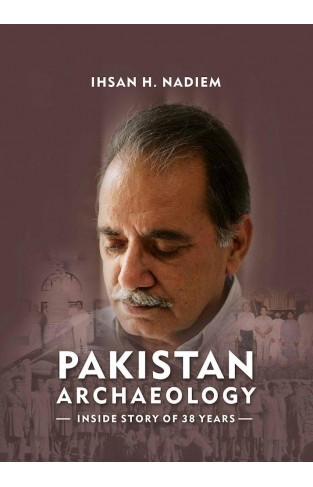 Pakistan Archaeology Inside Story Of 38 Years

Encyclopaedia Britannica says, "Archaeology, also spelled archeology, (is) the scientific study of the material remains of past human life and activities". It is relatively a new subject, which was introduced in South Asia by the British after they had occupied our lands. As against our sensitivities they perhaps had better empathy towards old things: Primeval or olden buildings, ruins of ancient cities etc. For this purpose 'Archaeological Survey of India' was created, initially for a limited time to document these remains but then they started with taking care of those monuments standing above ground ultimately turning to exposing the ones lying buried under tons of earth. After the creation of Pakistan, the Department of Archaeology, Pakistan inherited ASI's legacy for the same works in the new State. Although the activities in these fields continued yet it failed to attract a majority eye - even the museums, aptly called ‘aja'eb ghar' were mostly taken as the store-houses of old and odd things. Then you'll fancy an archaeologist sporting tattered clothing with disheveled hair groping the earth with hands or a knife. In such a scenario a student of the prestigious Government College, Lahore would hardly envy opting for it as a career. But when I was literally pushed into it by a man no other than the Dean of the Faculty of Arts and Humanities of the Punjab University, I found it interesting and adventurous hence a life-long association adopted as a full time career.

I was among the only four Pakistanis since the inception of the country who had been selected on the all-country basis (both wings i.e. East Pakistan and West Pakistan) to be groomed as professional archaeologists at the State's expenses. It was perhaps the signal adventure to have entered less known but immensely interesting and greatly satiating profession for those who had the knack to explore the unknown world. Like any other career it had its own ebbs and flows, but I never felt any repentance over my selection as for as the profession was concerned. However, the typical atmosphere in the service of the Government of Pakistan with its hiccups, machinations, lobbying etc. sometimes rising to the highest nuisance caused disturbance even if for short durations. It was always interesting, though perhaps often disgusting, to experience the currents and undercurrents of the bureaucratic world while being part of it. As I believed in riding the storms with one's own strengths this could be the reason that nothing came to me in the proverbial platter. In bureaucracy it is a normal thing to keep one's agent and spies' in the offices that matter. However, I always discouraged it and overcame such situations fighting as 'lone crusader' and leaving the results to the Almighty. And in most cases I was successful and happy to see others fill themselves on the prey that I had hunted.

Being a less-known subject or career, I had to explain to many of the highly placed civil and military functionaries of the Government or the State. I had thus thought of writing my own experiences of being a part of the government and serving a small department dealing in still lesser-known life inside it. My reader would be better equipped with the knowledge of archaeological treasures that Pakistan inherited while also appreciates and perhaps enjoys the ills and virtues experienced in its service, many of which might not come his way in the general society.

There are many a character that appears in my story of 38 years - among them Kings and Queens, head of states and governments, highly placed show-biz or sports celebrities, officers of the higher or lower echelon, my colleagues, subordinates etc. I may mention here that meeting in a museum the very highly placed dignitaries of world fame, or the like environment, was quite different than while at their own official places. Here they would almost always be off their guards and communication used to be completely nonchalant, of course within the limits of protocol demands.

In giving these experiences the tangible form of a tome, perhaps being shared for the first time in the history of the Archaeology in Pakistan - or even India - I have ensured that it should bear the most honest and sincerest approach whether a person is eulogized or the other criticized. I have given the events as I saw them without any effort to bring in any hype or low of them. The details of many a happening, or the exhaustive introduction to different sites and monuments that came my way during serving the Pakistan Archaeology had to be kept out for want of space in such a treatise. The detailed study of these museums, memorials and archaeological sites may be found in my over 30 books on the cultural heritage of Pakistan published by Sang-e-Meel Publications, Lahore, if someone wanted to pursue the study further.

The foreign trips, on study or for attending conferences, as also the multiple numbers of conferences attended at home (in most of which I acted as secretary or the Rapporteur superseding even my seniors) have not been given any place only for want of space in a single-volume treatise hence the story narrated is that of having directly impacted by the Pakistan Archaeology.