The Blood Telegram - Nixon, Kissinger, and a Forgotten Genocide 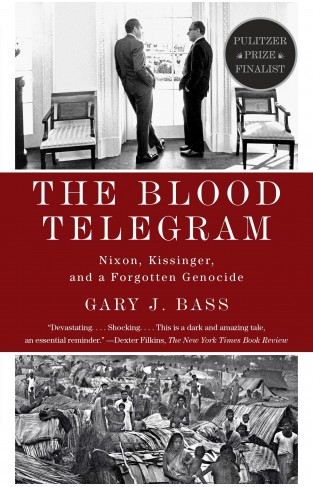 The Blood Telegram - Nixon, Kissinger, and a Forgotten Genocide

Publication Date:
Jul, 15 2014
Binding:
Paper Back
Availability :
Out of Stock

This magnificent history provides the first full account of Richard Nixon and Henry Kissinger's secret support for Pakistan in 1971 as it committed shocking atrocities in Bangladesh--which led to war between India and Pakistan, shaped the fate of Asia, and left major strategic consequences for the world today.