India and the Silk Roads - The History of a Trading World 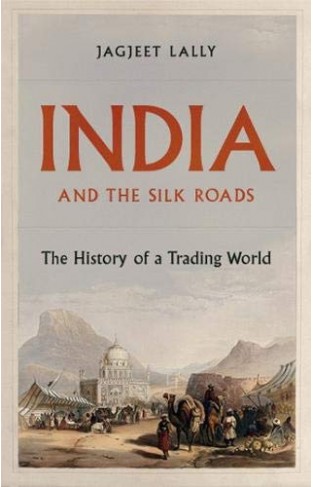 India and the Silk Roads - The History of a Trading World

India's caravan trade with central Asia was at the heart of the complex web of routes making up the Silk Roads. But what was the fate of these overland connections in the ages of sail and steam? Jagjeet Lally sets out to answer this question by bringing the world of caravan trade to life--a world of merchants, mercenaries, pastoralists and pilgrims, but also of kings, bureaucrats and their subjects in the countryside and towns. The livelihoods of these figures did not become obsolete with the advent of 'modern' technologies and the consequent emergence of new global networks. Terrestrial routes remained critically important, not only handling flows of goods and money, but also fostering networks of trade in credit, secret intelligence and fighting power. With the waning of the Mughal Empire during the eighteenth century, new Indian kingdoms and their rulers came to the fore, drawing their power and prosperity from resources brought by caravan trade. The encroachment of British and Russian imperialism into this commercial arena in the nineteenth century gave new significance to some people and flows, while steadily undermining others. India and the Silk Roads is a global history of a continental interior, the first to comprehensively examine the textual and material traces of caravan trade in the 'age of empires'. By showing how no single ruler could control the nebulous yet durable networks of this trading world, which had its own internal dynamics even as it evolved in step with global transformations, Lally forces us to rethink the history of globalisation and re-evaluate our fixation with empires and states as the building blocks of historical analysis. It is a narrative resonating with our own times, as China's Belt and Road Initiative brings terrestrial forms of connectivity back to the fore--transforming life across Eurasia once again.