Beyond Possible - One Soldier, Fourteen Peaks -- My Life in the Death Zone 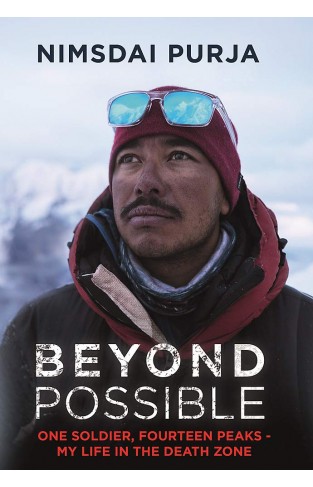 Beyond Possible - One Soldier, Fourteen Peaks -- My Life in the Death Zone

Publication Date:
Nov, 12 2020
Binding:
Paper Back
Availability :
Out of Stock

Fourteen mountains on Earth tower over 8,000 metres above sea level, an altitude where the brain and body withers and dies. Until recently, the world record for climbing them all stood at nearly eight years. So I announced I was summiting them in under seven months. People laughed.They told me I was crazy, even though I'd sharpened my climbing skills on the brutal Himalayan peaks of Everest and Dhaulagiri. But I possessed more than enough belief, strength and resilience to nail the job, having taken down enemy gunmen and terrorist bomb makers while serving with the Gurkhas and the UK Special Forces.