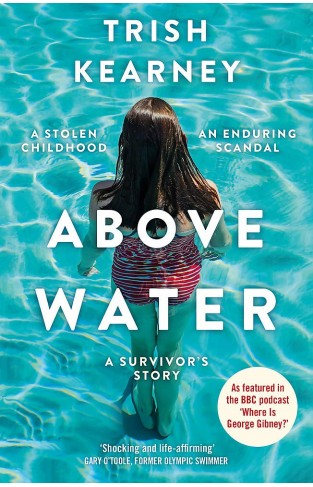 A YOUNG SWIMMING TALENT AND OLYMPIC HOPEFUL. A TOP SWIMMING COACH AND PAEDOPHILE. AN UNFORGETTABLE STORY OF SURVIVAL. 'Trish Kearney is as determined out of the water as Patricia McCahill was in it. Her book tells the astonishing tale of her courageous stance and her epic battle for justice. Shocking and life-affirming in equal measure, Above Water is a must read.' Gary O'Toole, former team-mate. At age thirteen, Trish Kearney's idyllic childhood was abruptly ended when her swimming coach - the internationally recognised George Gibney - began abusing her. Six years later, the Seoul Olympics firmly within her sights, she sacrificed a promising swimming career and walked free of her abuser. In her memoir, she describes how suppressed memories of those difficult years resurfaced after the birth of her first child, and the momentous journey set in train when a letter arrived from former team-mate Gary O'Toole, opening the Pandora's box on Gibney's abuse - leading to a failed court case and his ultimate exposure in the press as a rampant, controlling paedophile. Above Water is a survivor's story, of coming up for air after decades of burying trauma, and of learning to breathe again. It shines a light into dark places just as it casts its beam outwards, signalling the healing power of love, family and one woman's indomitable spirit.