Messengers Of Hindu Nationalism How the Rss Reshaped India 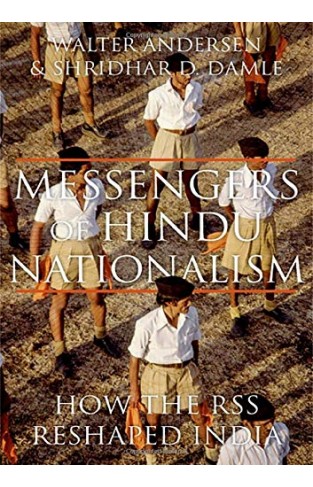 Messengers Of Hindu Nationalism How the Rss Reshaped India

The Rashtriya Swayamsevak Sangh (RSS) is a Hindu nationalist volunteer organization. It is also the parent of India's ruling Bharatiya Janata Party. Prime Minister Modi was himself a career RSS office-holder, or pracharak. This book explores how the RSS and its affiliates have benefitted from India's economic development and concurrent social dislocation, with rapid modernization creating a sense of rootlessness, disrupting traditional hierarchies, and attracting many upwardly mobile groups to the organization.India seems more willing than ever to accept the RSS's narrative of Hindu nationalism--one that seeks to assimilate Hindus into a common identity representing true 'Indianness'. Yet the RSS has also come to resemble 'the Congress system', with a socially diverse membership containing a distinct left, right and center. The organization's most significant dilemma is how to reconcile the assault from its far right on cultural issues like cow protection with condemnations of globalization from the left flank.Andersen and Damle offer an essential account of the RSS's rapid rise in recent decades, tracing how it has evolved in response to economic liberalization and assessing its long-term impact on Indian politics and society.