No-Win War :The Paradox of US-Pakistan Relations in Afghanistan’s Shadow 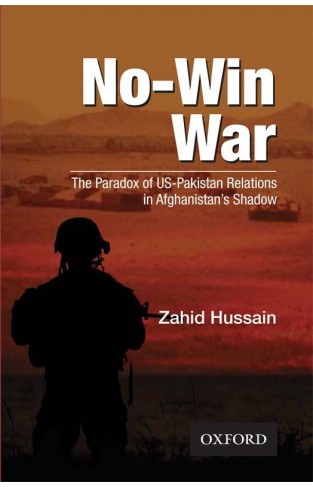 No-Win War :The Paradox of US-Pakistan Relations in Afghanistan’s Shadow

This book explores the post-9/11 relations between the US and Pakistan. The growing divergence between Washington and Islamabad has taken an already uneasy alliance to a point of estrangement. Yet, a complete breakup is not an option. The underlying cause of the tension, within the partnership the two had entered on 13 September 2001, has never been fully understood. What is rarely discussed is how Pakistan’s decision to ally itself with the US pushed the country into a war with itself; the cost of Pakistan’s tight roping between alignment with the US and old links with the Afghan Taliban; and its long-term implications for the region and global security.

This book elucidates implications for Afghanistan in the so-called war on terror while revealing US and Pakistan’s foreign policy initiatives. The author explores all this through little known facts and through the players involved in this cloak and dagger game. The book tells the story behind the headlines: how equivocal is ISI’s break with the Afghan Taliban fighting the coalition forces in Afghanistan; the shootout in Lahore involving a CIA agent; and the killing of Osama bin Laden.