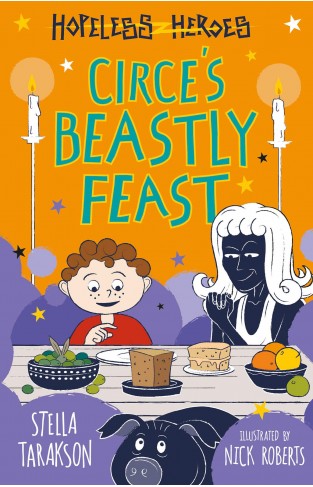 About the Hopeless Heroes series: Hopeless Heroes is a fun-filled series about Greek mythology, adventure and what it means to be a hero. Readers aged 7+ will love diving into the world of Tim Baker and his (sort of) friend Hercules. A great series to bridge the gap before the Percy Jackson series. All titles are also leveled for classroom use, including GRLs. It could be Tim's last time in Ancient Greece, but instead of saying goodbye, he's busy trading song titles with Apollo, delivering a package to Narcissus, escaping from Hera and- Holy moly! -making a pig of himself at Circe's table. Meanwhile his friends have forgotten who he is, so who will save him when it all goes wrongwrongwrong?