Cabool (Being a Personal Narrative of a Journey) 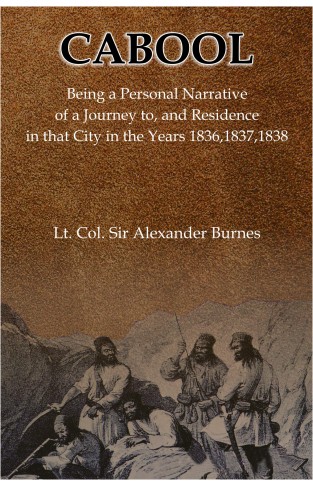 Cabool (Being a Personal Narrative of a Journey)

Cabool, first published in 1842, is a must read. It s a rare book published with the aim to preserve archives. In recent years, there has been a growing and urgent upsurge of interest to learn about Afghanistan primarily, for political reasons and strategic international compulsions. The personal accounts and observations of Sir Alexander Burnes may provide us the historical backdrop of conflict in contemporary Afghanistan. It also presents the background of a colonial British strategy and the Russian plans for the hot waters as they were being constructed in the author's time to which he was also an architect in his own right. The book invokes a world where war with Sindh is successfully averted; military features of the native land is mapped by the British; the river Indus is surveyed under false pretext; natural history and geology of the Indus basin is also recorded; negotiations aim at a commercial treaties with Dost Mohammed, sovereign of Afghanistan, and also with the Indian chiefs of the western provinces; Afghans are learning to live with Punjabis under Ranjeet Singh; Kaffirs dance to the tune of their ancient music, but the native suffers all in all to gradually become grey to the expanding British and Russian empires. Sir Alexander Burnes led the British commercial mission to the court of the Emir of Kabul in 1837-38. The mission was a failure. Burnes, however, re-entered Kabul in 1839 with the invading British troops that occupied the Afghan capital. In 1841 he lost his life just at the age of 36 at the hands of a raging Afghan mob