A Prince and a Spy 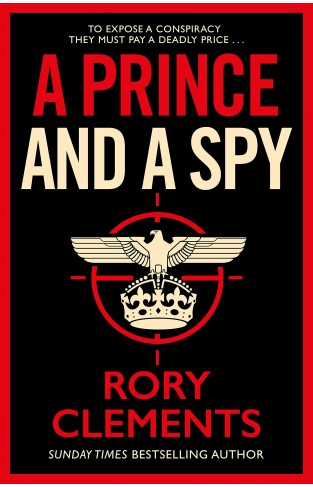 A Prince and a Spy

In the gripping new spy thriller from the Sunday Times bestselling author of Hitler's Secret, a Cambridge spy must unravel a dangerous mystery that goes all the way to the heart of the Third Reich - and the British Monarchy . . .**NOW AVAILABLE TO PRE-ORDER IN HARDBACK, EBOOK & AUDIOBOOK**________________Sweden, 1942 - Two old friends meet. They are cousins. One is Prince George, Duke of Kent, brother of the King of England. The other is Prince Philipp von Hesse, a committed Nazi and close friend of Adolf Hitler.Days later, the Prince George is killed in a plane crash in the north of Scotland. The official story is that it was an accident - but not everyone is convinced.There is even a suggestion that the Duke's plane was sabotaged, but with no evidence, Cambridge spy Tom Wilde is sent north to discover the truth . . .Dramatic, intelligent, and brilliantly compelling, A PRINCE AND A SPY is Rory's best WWII thriller yet - perfect for readers of Robert Harris, C J Sansom and Joseph Kanon._____________________________Praise for Rory Clements:'Political polarisation, mistrust and simmering violence' The Times'A standout historical novel and spy thriller' Daily Express'Enjoyable, bloody and brutish' Guardian'A dramatic, twisty thriller' Daily Mail'A colourful history lesson . . . exciting narrative twists' Sunday Telegraph