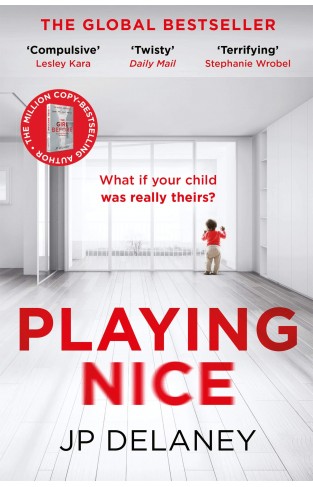 Pete Riley is a stay-at-home dad; his partner Maddie works in advertising. After Pete drops two-year-old Theo off at nursery one morning, he's politely accosted by a man who looks just like Theo. The man, Miles Lambert, breaks the devastating news that Theo is in fact not Pete's son, but his - the two babies got mixed up at hospital, and Miles and his wife Lucy now have the Rileys' son at home. They've already carried out DNA testing to prove it. The two couples agree that, rather than swap the children back, they'll try to involve each other in the children's lives. But a plan to sue the hospital triggers an official investigation that unearths some disturbing questions about just how the babies got mixed up. And when Theo is thrown out of nursery for hitting other children, Pete and Maddie have to ask themselves: how far do they want this arrangement to go? What are the secrets hidden behind the Lamberts' smart front door? And how much can they trust the real parents of their child - or even each other?