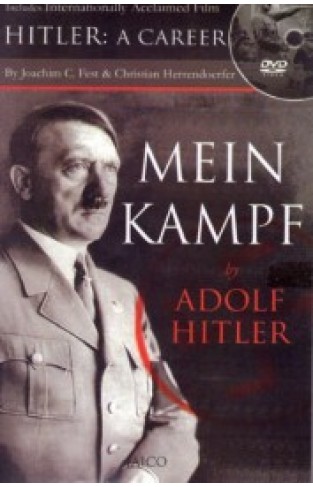 Includes Internationally Acclaimed FilmHITLER: A CAREERBy Joachim C. Fest & Christian HerrendoerferMEIN KAMPF is perhaps the only notable work written in two volumes by Adolf Hitler, in 1924. Hitler was arrested when he took out a mass demonstration in favour of national unity for the formation of a socialist German state. He was tried by the People s Court in Munich and subsequently, imprisoned for thirteen months where he wrote the first volume. The second volume was written after he was released.He was highly influenced by two people, who were apparently the main architects of his mental aberration. One was Dr. Leopold Potsch, who taught him German Political History, and the other was Dr. Jorg Lanz Van Liebenfels, a defrocked monk who founded the Temple of the New Order, and whose theories stated that the world belonged to the fair skinned and the superior Aryan race, and all others belonged to sub-human culture. Mein Kampf will give you an insight into one of the greatest evil geniuses of the last century; his political ideals, his beliefs and motivation, and his struggle to consolidate Germany into one great nation, and a Nazi-Third Reich.