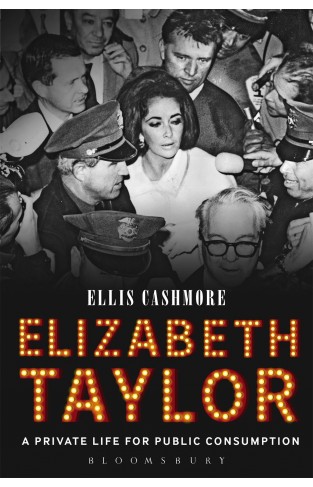 Elizabeth Taylor, who reigned empress-like in the 1960s, intrigued her global audience with her marriages and extra-marital improprieties, as well as her extravagant jewelry, her never-ending illnesses, her dependency on alcohol, and her perplexing friendship with Michael Jackson. She made over seventy films, though most people are hard-pressed to name three. Despite this, the name Elizabeth Taylor resonates like a thunderclap.Ellis Cashmore s book sources celebrity culture in Taylor s scandalous affair with Richard Burton in the early 1960s. One iconic photograph taken by Marcelo Geppetti in 1962 announced the arrival of a new generation of predatory photojournalists we now know as the paparazzi. The picture propelled the world s most famous woman into a delirious media vortex. It changed Taylor s destiny. And, in a sense, it changed popular culture.Taylor, Cashmore argues, remains the most influential Hollywood star ever: fascination in her was less about her body of work, more about the features of her life that made fans feel as if she shared the same kinds of torments as everyone. Untouchable and godlike, yet human in her frailties, Taylor was an engaging and reassuring symbol of humanness at a time when stars were remote and seemingly flawless.