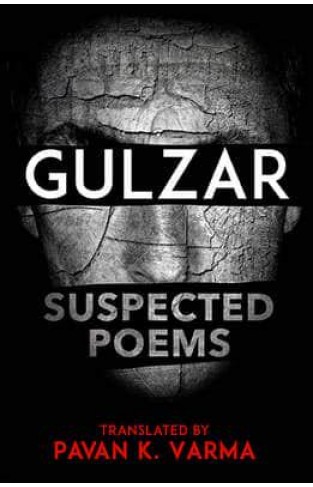 Publication Date:
Jan, 27 2017
Binding:
Hard Back
Availability :
Out of Stock

For no particular reason He had the blue cow tattooed on his right shoulder He would have been killed in the riots yesterday But they were good people-Seeing a cow, they let him go! Written in Gulzars inimitable style, the poems in his newest volume of poetry reflect and comment, sometimes elliptically through a visual image, sometimes with breathtaking immediacy and directness, on the political reality in the country today. Powerful, poignant and impossible to ignore or gloss over, the fifty-two threads that make up Suspected Poems unfold across the entire political spectrum-from the disturbed climate in the country and the culture of intolerance to the plight of the aam aadmi, from the continued oppression of Dalits and minority communities to fluctuating Indo-Pak relations. Written with Gulzars characteristic incisiveness and his unique perspective, and translated marvelously into English by Pavan K. Varma, Suspected Poems, made available in a special keepsake bilingual edition, will delight every reader of poetry and Gulzars many fans.