Kleptopia: How Dirty Money is Conquering the World 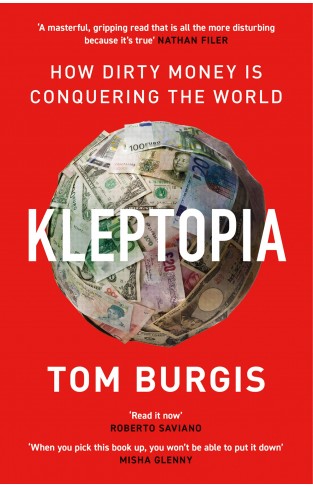 Kleptopia: How Dirty Money is Conquering the World

‘If you think the UK isn't corrupt, you haven't looked hard enough … A new and terrifying book, Kleptopia follows a global current of dirty money, and the murders and kidnappings required to sustain it’

‘When you pick this book up, you won’t be able to put it down’

‘The architects of our national security would do well to bring to their meetings a well-thumbed copy of Kleptopia … Incendiary’ Edward Lucas, The Times

Kleptopia follows the dirty money that is flooding the global economy, emboldening dictators and poisoning democracies. From the Kremlin to Beijing, Harare to Riyadh, Paris to the Trump White House, it shows how the thieves are uniting – and the terrible human cost.

A body in a burned-out Audi. Workers riddled with bullets in the Kazakh desert. A rigged election in Zimbabwe. A British banker silenced and humiliated for trying to expose the truth about the City of London – the world’s piggy bank for blood money.

Riveting, horrifying and written like fiction, this book shows that while we are looking the other way, all that we hold most dear is being stolen.