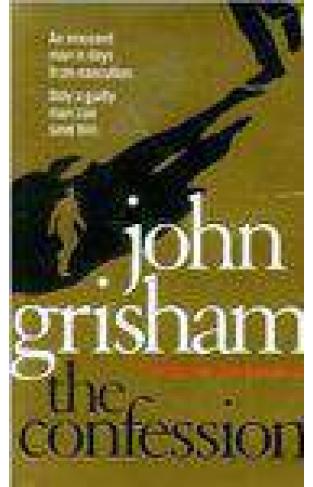 An innocent man is days from execution. Only a guilty man can save him. Travis Boyette is a murderer. In 1998, in the small East Texas city of Sloan, he abducted, raped, and strangled a popular high-school cheerleader. He buried her body so that it would never be found, then watched and waited as police and prosecutors arrested Donte Drumm, a local football star with no connection to the crime. Tried, convicted and sentenced, Drumm was sentto death row: his fate had been decided. Nine years later, Donte Drumm is four days from execution. Over 400 miles away in Kansas, Travis faces a fate of his own: an inoperable brain tumour will soon deliver the end. Reflecting on his miserable life, he decides to do what's right. After years of silence he is ready to confess. But how can a guilty man convince lawyers, judges and politicians that they're about to execute an innocent man?