The Poisons of Caux: The Hollow Bettle Book I 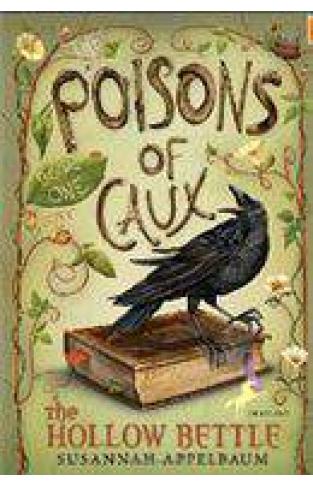 The Poisons of Caux: The Hollow Bettle Book I

Introducing a witty and macabre new fantasy trilogy. There's little joy left in the kingdom of Caux: the evil King Nightshade rules with terrible tyranny and the law of the land is poison or be poisoned. Worse, eleven-year-old Ivy’s uncle, a famous healer, has disappeared, and Ivy sets out to find him, joined by a young taster named Rowan. But these are corrupt times, and the children—enemies of the realm—are not alone. What exactly do Ivy and Rowan’s pursuers want? Is it Ivy’s prized red bettle, which, unlike any other gemstone in Caux, appears—impossibly—to be hollow? Is it the elixir she concocted—the one with the mysterious healing powers? Or could it be Ivy herself? Told with wry humor, The Hollow Bettle is the first installment in the Poisons of Caux trilogy, an astonishing tale of herbs and magic, tasters and poisoners. From the Hardcover edition.