A Long Time Comming: The Inspiring Combative 2008 Campaign And 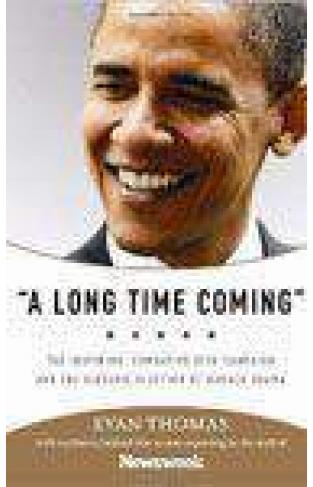 A Long Time Comming: The Inspiring Combative 2008 Campaign And

Based on in-depth reporting by a special team of Newsweek reporters and written by bestselling author Evan Thomas, A Long Time Coming tells the inside story of Barack Obamas triumph over Senator John McCain to become the first African-American U. S. president. In juicy detail, it chronicles the long siege between Obama and Hillary Clinton, the wild ride of John McCain, and the explosive arrival of Sarah Palin. Finally, it shows how Obama overcame times of vexation and self-doubt to transform himself from the consummate outsider to the confident leader of an unstoppable political movementone that brought hope and the possibility of redemption to the United States.