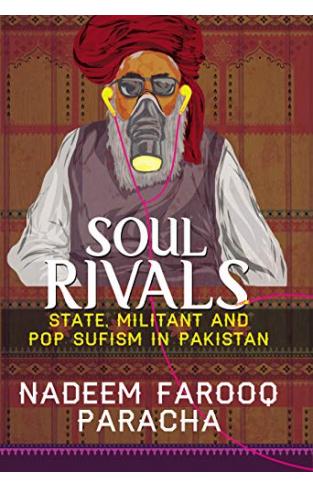 Sufism has always been a contested space in Pakistan. Successive governments, political parties and religious organisations have attempted to coopt it or reject it to suit their own political agendas. Since the turn of the millennium, however, the Pakistani government has made a conscious effort to recast Pakistan as a ‘Sufi country’—a whitewashing endeavour.In the past few decades, Pakistan’s image has taken a severe beating, ravaged as the country is by the rise of religious extremism. A focus on the syncretic culture of Sufism was seen as a way to reverse this damage without the need to explore more secular narratives and alternatives as almost every attempt at genuine reform has triggered extreme reactions from the politico-religious segments of the society that were empowered through various controversial constitutional amendments and laws between 1974 and the late 1980s.Soul Rivals discusses the many strands of Sufism (State, Pop and Militant) that have emerged in the course of the country’s attempts to reimagine Sufism. In this close look at the religio-political space in Pakistan, Nadeem Farooq Paracha is as insightful as he is entertaining.