A Week in Winter - 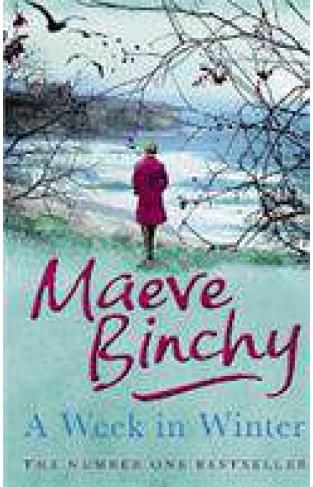 A Week in Winter -

High on the cliffs of the west coast of Ireland, overlooking the windswept Atlantic ocean, is Stone House. Once falling into disrepair, it is now a beautiful hotel specialising in winter holidays. With a big, warm kitchen, log fires and understated, elegant bedrooms, it provides a welcome few can resist, whatever their reasons for coming...Henry and Nicola are burdened with a terrible secret, and are hoping the break at Stone House will help them find a way to face the future. Winnie, generally one to make the best of things, finds herself on the holiday from hell. Then there's John, who arrived on impulse after he missed a flight at Shannon; eccentric Freda, who claims to be a psychic - and the silent, watchful Nell, who seems so ready to disapprove. But looks can be deceptive ...A WEEK IN WINTER is full of Maeve's trademark warmth, humour and characters you want to spend time with. Read by Kate Binchy. Kate Binchy has worked extensively in all media from West End to fringe theatre. Numerous television appearances include RUTH RENDELL MYSTERIES, FATHER TED, PEAK PRACTICE, CASUALTY, POIROT and FAIR CITY. She has appeared in over 500 radio plays, and films such as MRS DALLOWAY and THE LONELY PASSION OF JUDITH HEARNE. She is Maeve's cousin and has read all of Maeve's audiobooks.