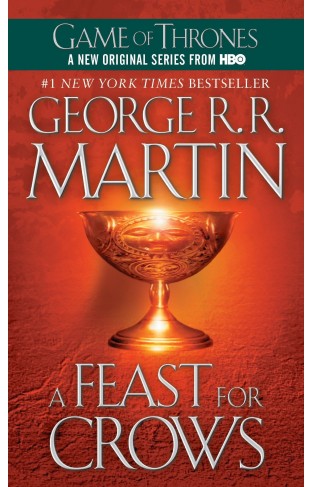 GAME OF THRONES: A NEW ORIGINAL SERIES, NOW ON HBO. Few books have captivated the imagination and won the devotion and praise of readers and critics everywhere as has George R. R. Martin’s monumental epic cycle of high fantasy. Now, in A Feast for Crows, Martin delivers the long-awaited fourth book of his landmark series, as a kingdom torn asunder finds itself at last on the brink of peace . . . only to be launched on an even more terrifying course of destruction.