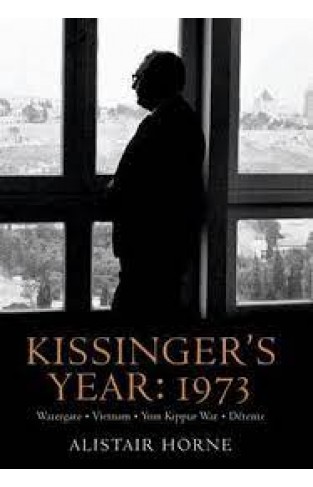 Publication Date:
Sep, 27 2009
Binding:
Paper Back
Availability :
Out of Stock

1973 was a seminal year in world history. The outbreak of the 'Yom Kippur War' took both Israel and the US by surprise, the Vietnam War finally ended, it was the year of detente with the Soviet Union, but the US executive was in a state of collapse following Watergate, and the year ended with the muslim initiated energy crisis, which brought the Western world to the brink of economic disaster - a story of deepest relevance today. 1973 was also very much the year of Henry Kissinger, Nixon's National Security advisor and later Secretary of State - possibly the most powerful in American history, running US foreign policy in default of a 'lame duck' president. It was also the year that Kissinger was awarded the Nobel Peace Prize. This book is the biography of Kissinger - the first he has authorised - viewed through the events of this crucial year. A story of his extraordinarily imaginative aims, his near successes, and, as he admits, his ultimate failures