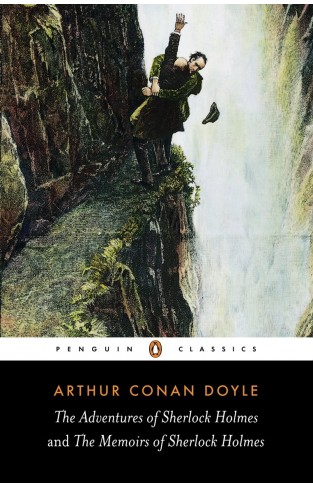 This collection of The Adventures of Sherlock Holmes and the Memoirs of Sherlock Holmes includes many of the famous cases - and great strokes of brilliance - that made the legendary detective one of fiction's most popular creations. With his devoted amanuensis Dr Watson, Holmes emerges from his smoke filled room in Baker Street to grapple with the forces of treachery, intrigue and evil in such cases as 'The Speckled Band', in which a terrified woman begs their help in solving the mystery surrounding her sister's death, or 'A Scandal in Bohemia', which portrays a European king blackmailed by his mistress. In 'Silver Blaze' the pair investigate the disappearance of a racehorse and the violent murder of its trainer, while in 'The Final Problem' Holmes at last comes face to face with his nemesis, the diabolical Professor Moriarty - 'the Napoleon of crime'.In his introduction to this Penguin Classics edition, Iain Pears discusses characterization, the key themes of the stories and Victorian methods of deduction. This edition also includes a chronology, further reading and explanatory notes by Ed Glinert, author of The London Compendium. For more than seventy years, Penguin has been the leading publisher of classic literature in the English-speaking world. With more than 1,700 titles, Penguin Classics represents a global bookshelf of the best works throughout history and across genres and disciplines. Readers trust the series to provide authoritative texts enhanced by introductions and notes by distinguished scholars and contemporary authors, as well as up-to-date translations by award-winning translators.