Wild Boar in the Cane Field 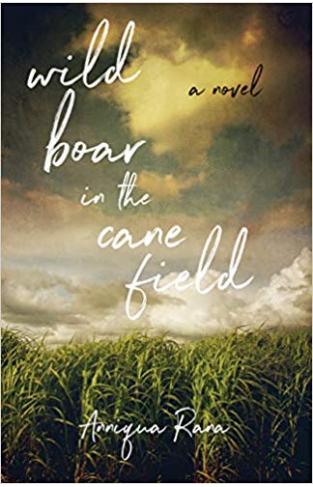 Wild Boar in the Cane Field

Publication Date:
Sep, 27 2019
Binding:
Paper Back
Availability :
Out of Stock

One day, a baby girl, Tara, is found, abandoned and covered in flies. She is raised by two mothers in a community rife with rituals and superstition. As she grows, Tara pursues acceptance at all costs. Saffiya, her adoptive mother, and Bhaggan, Saffiya's maidservant, are victims of the men in their community, and the two women, in turn, struggle and live short but complicated lives. The only way for the villagers to find solace is through the rituals of ancient belief systems. Tara lives in a village that could be any village in South Asia, and she dies, like many young women in the area, during childbirth. Her short life is dedicated to her efforts to find happiness, despite the fact that she has no hope of going to school or making any life choices in the feudal, patriarchal world in which she finds herself. Poignant and compelling, Wild Boar in the Cane Field depicts the tragedy that often characterizes the lives of those who live in South Asia--and demonstrates the heroism we are all capable of even in the face of traumatic realities.