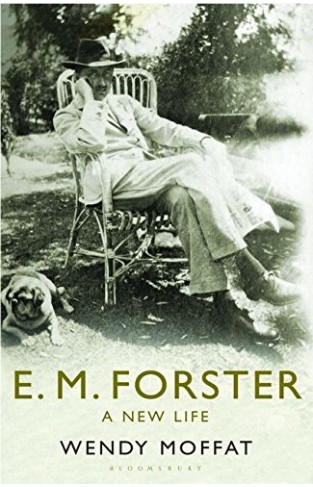 One of the great mysteries in the life of E. M. Forster (1879-1970) is why, after the publication of "A Passage to India" in 1924, he never published another novel although he lived to be 90. In Wendy Moffat's biography, based on a lifetime's dedication to her subject, we gain extraordinary insights into a man with a gift for writing fiction of great humanity, warmth and humour, who realised early that the society of his time would not allow him to publish the fiction he really wanted to write. At the end of "A Passage to India", his readers were left with the melancholy sight of Aziz and Fielding, friends of different races and cultures, riding out of the novel down separate paths. In real life, although frustrated at not being able to write out of his true self - it would not be until after his death that Maurice, his novel of a homosexual affair, would be published - E. M. Forster led a full and energetic life. He was a successful broadcaster, a brilliant essayist ("Abinger Harvest" and "Two Cheers for Democracy" are still must-reads) and a leading figure in Europe's intellectual life. Moffat argues that with his support for colleagues from Lowes Dickinson and Radclyffe Hall to Christopher Isherwood and Benjamin Britten, and his quiet championing of humanistic values, he helped create the more tolerant world we now enjoy. Moffat's achievement is not to show that Forster was homosexual (this is well known) but how deeply his ideas on individual freedom, tolerance, sexuality and love, permeated every act and aspect of his life.