Chasing Stars: The Myth of Talent and the Portability of Performance 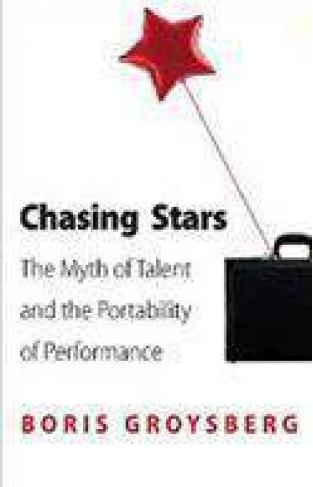 Chasing Stars: The Myth of Talent and the Portability of Performance

It is taken for granted in the knowledge economy that companies must employ the most talented performers to compete and succeed. Many firms try to buy stars by luring them away from competitors. But Boris Groysberg shows what an uncertain and disastrous practice this can be. After examining the careers of more than a thousand star analysts at Wall Street investment banks, and conducting more than two hundred frank interviews, Groysberg comes to a striking conclusion: star analysts who change firms suffer an immediate and lasting decline in performance. Their earlier excellence appears to have depended heavily on their former firms' general and proprietary resources, organizational cultures, networks, and colleagues. There are a few exceptions, such as stars who move with their teams and stars who switch to better firms. Female stars also perform better after changing jobs than their male counterparts do. But most stars who switch firms turn out to be meteors, quickly losing luster in their new settings.