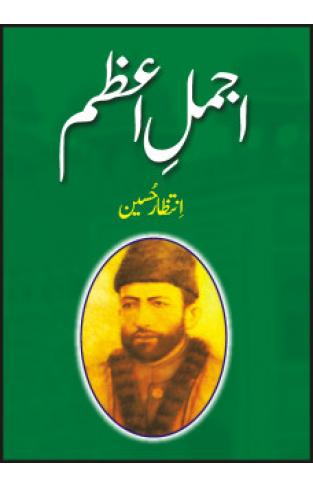 Intizar Hussain Saheb never got over the nostalgia of leaving Dehli. He was always deeply engrossed in the memories of Delhi, its culture, its wonderful people and its magical beauty. He vividly displays all of these emotions of his in the biography he has penned down on Masih ul Mulk Hakeem Ajmal Khan Saheb, who was born and raised in a family known as Khandan e Shareefi. As the book proceeds, the personalty of Hakeem Ajmal Saheb painted by Intizar Hussain Saheb is that of a living legend, a person of inherent inner beauty, outer grace, and dignity. Although the book is dedicated to the life and works of Hakeem Ajmal Saheb, but the undercurrents of emotions emitting about the lost grandeur and life of Delhi can be strongly felt by the listener. A detailed account of the traditional science of Tibb, Hikmat, Ayurvedic, and its place in that era by successful treatment of patients is an eye-opener. But light is also thrown on how this flourishing science became a forgotten chapter.

The audiobook not only makes an interesting listen, but also makes one fall in love with Hakeem Ajmal Saheb.