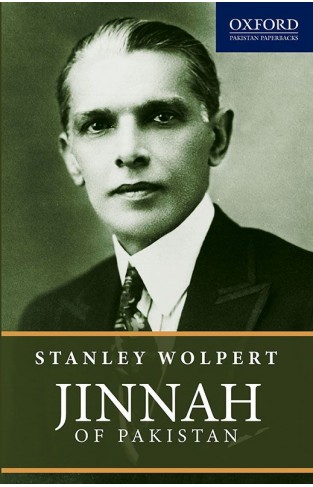 Mohammad Ali Jinnah was for Pakistan what Mahatma Gandhi and Jawaharlal Nehru combined were for modern India—inspirational father and first head of state. Jinnah began his career as the Indian National Congress’s ‘Ambassador of Hindu-Muslim Unity’ but ended it forty years later as the architect of the partition that split Pakistan away from India. This authoritative and uniquely insightful biography explores the fascinating public and private life of this eminently powerful but little understood leader who changed the map of the Asian subcontinent. Portraying Jinnah’s story in all of its human complexity. Wolpert begins in the late nineteenth century with Jinnah’s early life as a provincial country-boy in Karachi and follows him to London where he studied law and became a British barrister. Returning to India in 1896, Jinnah rapidly ascended the dual ladders of Indian law and politics, climbing to the top rung of each. By the 1920s, however, it appeared that Jinnah’s political career was at an end, superseded by the rise of Gandhi’s leadership and the movement of India in a more revolutionary direction. Yet, Jinnah was to remain a pivotal figure in the turbulent decades that followed, as India struggled for independence from British rule amid growing Hindu-Muslim antagonism.