Confronting the Bomb: Pakistani and Indian Scientists Speak Out 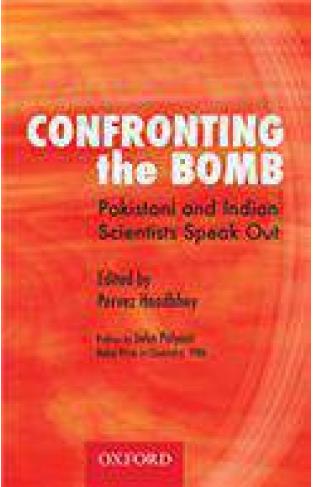 Confronting the Bomb: Pakistani and Indian Scientists Speak Out

Authored by scientists from both sides of the Pakistan-India divide, 'Confronting the Bomb' fearlessly explores tabooed, but urgent, nuclear issues. Concerned citizens, policy makers, and nuclear experts are presented with a rich range of complexities, political and semi-technical. Beginning with the coming of the atomic age to India, and later to Pakistan, the book looks at the furious nuclear racing after the 1998 nuclear tests. What are the principal drivers and where lies the future? It goes on to examine Pakistan's changing strategic nuclear objectives, the Kargil conflict, and the fact that ownership of the bomb is now claimed by Islamic political parties. The worrying issue of the safety and security of Pakistan's nuclear arsenal is considered in the background of an ideological divide within the military. The somewhat more technical articles deal with early warning issues, the battlefield use of nuclear weapons, problems related to the fissile materials treaty, and the likely effects of a limited nuclear exchange between Pakistan and India. Two essays deal with nuclear electricity generation, making the point that this may not be the promised panacea for the subcontinent's energy problem. Rejecting nuclear nationalism, this is a unique work by Pakistanis and Indians working together to warn of nuclear dangers.