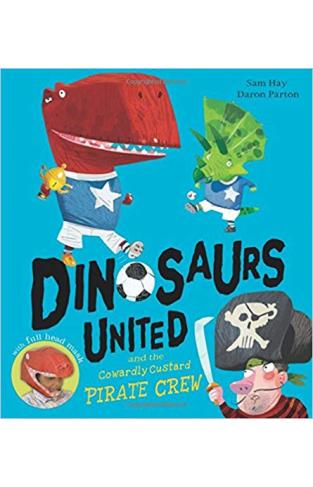 They’re fast and fun and always on the ball, which is just as well because their opponents will use every sneaky trick in the book to win the cup!

In their first adventure, the amazing Dinosaurs United go head-to-head against the Cowardly Custard Pirate Crew! But oh no – they’ve lost their kit, and they have to use their wits and football skills to find it!

Can the dino team club together to defeat the dastardly pirates and win the match?

This exciting new series taps into favourite themes for children (football, dinosaurs AND pirates all in one book!) and celebrates both the value of individual talents and working together in a team. Perfect for fans of Dinosaurs love Underpants, The Dinosaur that Pooped series and Julia Donaldson's Spinderella.