The Battle For Pakistan 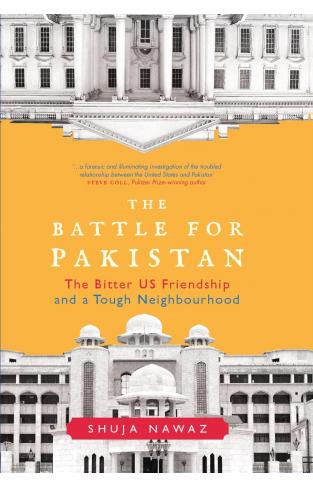 The Battle For Pakistan

The Battle for Pakistan showcases a marriage of convenience between unequal partners. The relationship between Pakistan and the United States since the early 1950s has been nothing less than a whiplash-inducing rollercoaster ride. Today, surrounded by hostile neighbours, with Afghanistan increasingly under Indian influence, Pakistan does not wish to break ties with the US. Nor does it want to become a vassal of China and get caught in the vice of a US-China rivalry, or the Arab-Iran conflict.

Internally, massive economic and demographic challenges as well as the existential threat of armed militancy pose huge obstacles to Pakistan's development and growth. Could its short-run political miscalculations in the Obama years prove too costly? Can the Trump administration help salvage this relationship?

Based on extensive travel in the region, frequent policy interactions and many on-the-record interviews with key leaders, The Battle for Pakistan untangles the complex US relationship in the past decade. Shuja Nawaz identifies the path forward, provided US and Pakistani leaders make the right choices for the longer term.