Combating Terrorism: Saudi Arabia's Role in the War on Terror 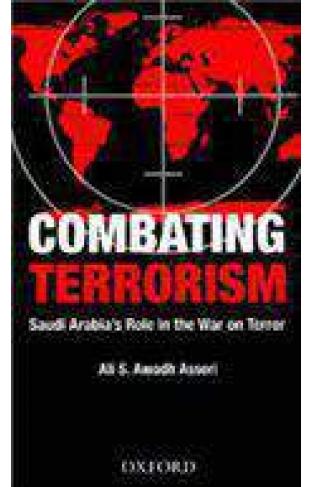 Combating Terrorism: Saudi Arabia's Role in the War on Terror

The book describes the efforts made by the Saudi Arabia government to combat the scourge of terrorism with specific reference to the innovative three-pronged Saudi strategy that has been successfully implemented in the Kingdom. The author traces the problems relating to defining terrorism, highlighting the difference between a terrorist and a freedom fighter and goes on to a functional definition of terrorism. It also discusses terrorism in practice and highlights the purposes and goals of terrorism, defines it in its historical perspective and concludes with terrorism practiced in the name of religion. The Islamic perspective on terrorism is examined and outlines the abhorrence that Islam has for terrorist practices, the real meaning of jihad and the Islamic tradition of peaceful co-existence. The author elaborates on the root causes of terrorism with specific stress on the grievances of Muslims throughout the world. The three-pronged Saudi strategy to combat terrorism is highlighted and the author explains how it is practiced with its domestic, regional and international dimensions. The book also offers some case studies with regard to practicing the Saudi strategy and contains some concluding remarks with regard to pursuit of a world free of terror.