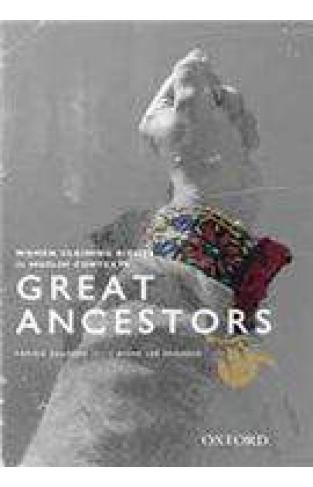 There is a widespread myth both outside and within Muslim contexts that women's struggles for rights is alien to those societies that embraced Islam and a misconception that the contemporary women's movement is exclusively rooted in Western concepts and struggles of the nineteenth and twentieth centuries. In Muslim contexts, this myth discredits women's rights advocates and their cause and, when taken as fact, discourages women's assertions for their rights and justice. Great Ancestors explodes this myth by profiling women who defied and changed the contours of women's lives from the 8th century to the mid-1950s and provides a very different picture of the past. Far from the commonly held impression of silenced, cloistered and acquiescent women, these 'great ancestors' are strong, determined women, whether famous and powerful or not. These are women who fought for personal rights and bodily integrity, who extended solidarity to women and other downtrodden people, and who improved their societies as scholars, saints and political activists. Many of the 'great ancestors' led by example: by the live-choices they made for themselves, these women defied, and so challenged, existing structures and norms and in doing so, they provided an opening for other women (and men) to either follow in their footsteps or to emulate them by creating another path, another choice. Their lives are as inspiring today as they were in their lifetimes.