TV News 3.0: An insider's guide to launching and running news channels in the digital age 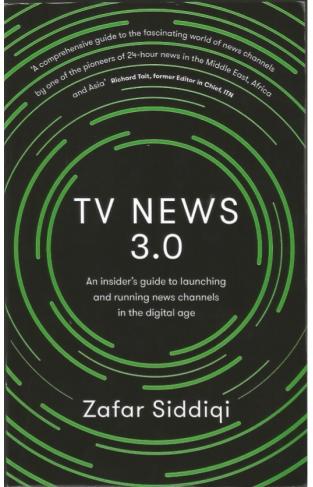 TV News 3.0: An insider's guide to launching and running news channels in the digital age

A Chartered Accountant by profession, Zafar Siddiqi was with KPMG for 18 years initially as a partner and later as the Managing Director of one of it’s consultancy practices.

Mr. Siddiqi first ventured into electronic media by launching a television production house, Telebiz, in Pakistan in 1996. Mr. Siddiqi was the founder shareholder for the CNBC networks in Arabia, Africa and Pakistan. He also established Samaa TV in Pakistan in 2007 which is a 24 hour news and current affairs channel.  TV News 3.0 brings together his experience of four decades in the broadcasting industry in the region and beyond and looks to the future of media.