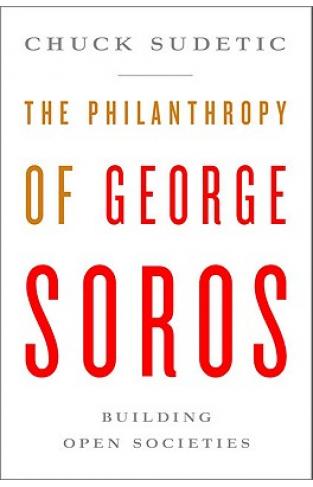 Publication Date:
May, 10 2011
Binding:
Hard Back
Availability :
In Stock

In this title, George Soros along with renowned writers and activists illuminate and reflect upon Soros' vision and practice of philanthropy, explaining why, and how, he has given away billions of dollars to better the world. George Soros is one of the richest men in the world - his net worth is $11 billion, who made his money as an incredibly shrewd speculator and investor. In his lifetime, he has given away $6 billion. In 1984, the seeds of George Soros' Open Society Institute were sown in Eastern and Central Europe, and in the former Soviet Union when he established foundations to aid countries as they shifted out of communism. Twenty-five years on, the Open Society Institute operates foundations in sixty countries throughout the world, in an effort to 'build vibrant and tolerant democracies whose governments are accountable to their citizens'. In "George Soros on Philanthropy", George Soros reveals his driving vision for the Open Society, reflects on how he became a philanthropist, and discusses the groundbreaking work of his foundation as well as his plans for its future. Nine prominent journalists chronicle instructive case-studies of the Foundation's work, highlighting its successes and failures, and lending insight into its capacity to strengthen societies. From investigating the feasibility of international justice in Africa, to examining to the extent to which wealth-transparency stands to improve the lives of those in the poorest nations, "George Soros on Philanthropy" is a landmark contribution from one of the preeminent philanthropists of our time, and a valuable resource for better understanding the power and practice of philanthropy.