Electoral Malpractices: During the 2008 elections in Pakistan 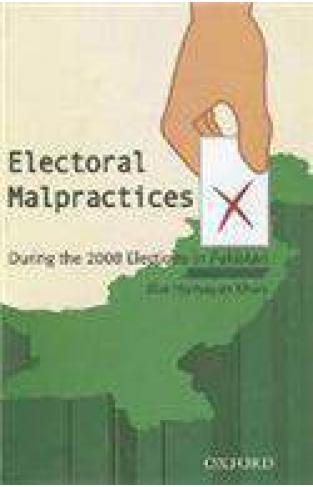 Electoral Malpractices: During the 2008 elections in Pakistan

Publication Date:
May, 23 2012
Binding:
Hard Back
Availability :
In Stock

In the present world of democracy, no country needs genuine elections on the road to a truly representative government more than Pakistan. There is hardly any study on Pakistan’s elections which can claim to have covered all the elections in the country and explored the highly critical issue of malpractices which beset them. The very little and piecemeal academic work that has been done so far lacks focus as well as a theoretical framework. This study is designed to remove that lacuna. It has provided a detailed account of electoral malpractices with a major focus on the 2008 election. Theoretically rich and empirically sound, it seeks to expose regime after regime and their duplicity in the matter of electoral frauds. It reveals not only manipulations and manipulators, but also the dominant causes and sophisticated techniques of malpractices. The book raises unusual questions which are followed by unusual answers. It delves deep into the highly complex nature of electoral frauds, so crucial in the making or breaking of governments and, consequently, to the future of democracy in Pakistan.