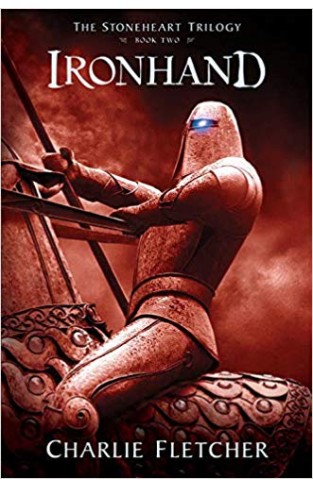 Publication Date:
May, 08 2010
Binding:
Paper Back
Availability :
In Stock

Now that George Chapman has upset the fragile truce between the warring statues of London, he has been drawn into a war that will test his mettle. He and Edie, a glint who can see the past, may have succeeded in their quest to find the Stoneheart, but their journey is far from over.

Edie and the Gunner, a statue of a World War I soldier, have been captured by the Walker, and it’s up to George to save them. But first he must deal with the three strange veins, made of marble, bronze and stone, that have begun to grow out of his hand and curl around his wrist. Legend has it that unless he successfully completes three challenges, the veins will continue up his forearm, and eventually pierce through his heart.

As George struggles to find the strength within to face the choice he has made, to take the Hard Way, he is determined to use his power for good—even as others wish to harness it for its great potential for evil.