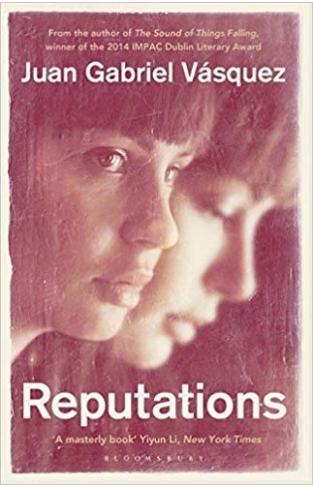 Publication Date:
May, 18 2018
Binding:
Paper Back
Availability :
In Stock

A taut new novel by the award-winning author of The Sound of Things Falling – ‘one of the most original voices of Latin American literature’, Mario Vargas Llosa 'An affecting, carefully paced work of psychological realism’ Times Literary Supplement As Colombia’s famed political cartoonist, Javier Mallarino, strolls through downtown Bogotá in the hours before a public celebration of his career in the grand Teatro Colón, he contemplates the start of his professional life and how he set down his oils and took up a pen to begin drawing caricatures for a living. But the celebration has far-reaching consequences: as he leaves the theatre a figure from his past, now a young woman, emerges from the crowd outside and forces Mallarino to confront an incident that took place in his home half a lifetime ago, calling into question his reputation and the value of his life’s work. Vásquez’s terse, poetic prose contrasts starkly with the intense and sharply focused content of this beautifully structured novel. Questioning the power of memory and the media and their ability to distort, inform and destroy, Vásquez plays with the past and the present, challenging our perception of the truth.