Shehla Masood : The Murder that shook the Nation 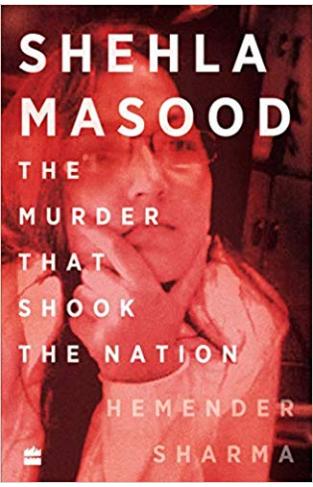 Shehla Masood : The Murder that shook the Nation

On 16 August 2011, RTI activist and environmentalist Shehla Masood was shot dead by contract killers in Bhopal. Shehla was the Madhya Pradesh convener of the 'India against Corruption' campaign launched by Anna Hazare, and had been trying to expose the unholy nexus between self-serving bureaucrats and politicians. The cover-up and attempts to tarnish her image started soon after: the local police tried to label her death a suicide, while the state chief minister ordered a CBI probe within forty-eight hours. In the end, how the crime was solved is a fascinating story worth recounting. Shehla's is the tale of a woman from a conventional family who stepped out into the world to make it on her own. Hers is a story replete with ambition, obsession and political intrigue. In this riveting account of the case, Hemender Sharma, a journalist and dear friend of Shehla's, peels away the layers to understand her life, the murder, its progress and its resolution.