RSS : Icons of the Indian Right 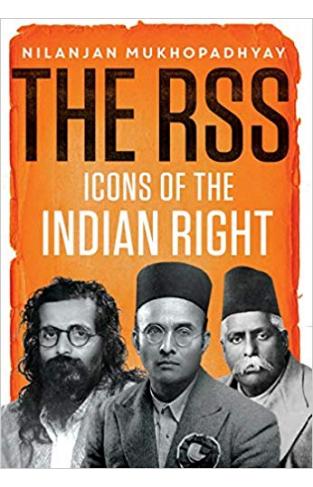 RSS : Icons of the Indian Right

A fog of mystery surrounds the Rashtriya Swayamsevak Sanghor RSSthe largest cadre-based organisation in the world. Veteran journalist and author of the bestseller Narendra Modi: The Man, The Times, Nilanjan Mukhopadhyay lays bare its fascinating, unique and perhaps startling world. He also chronicles the personal and political journeys of the most important men (and a woman) of the Hindu Right-wing, digging up little-known but revealing facts about them. KESHAV BALIRAM HEDGEWAR: The founder of the RSS, and its first sarsanghchalak, was called Cocaine as a young revolutionary, and transported subversive literature and arms for a group back home in Nagpur. VINAYAK DAMODAR SAVARKAR: This leading light of the Hindu Right had once invited the vegetarian Mahatma Gandhi to dinner and told him that unless one consumed animal protein, one would not be able to challenge the might of the British. MADHAV SADASHIV GOLWALKAR aka GURUJI: The iconic hermit-ideologue, whose appointment as sarsanghchalak was challenged by many in the RSS, had once warned a protesting colleague, I will throw him out of (the) RSS like a stone in rice... SYAMA PRASAD MOOKERJEE: A brilliant academic-statesman who became part of Nehrus Cabinet, Mookerjee had several differences with the prime minister. He once asked Nehru: Are Kashmiris Indians first and Kashmiris next, or are they Kashmiris first and Indian next, or are they Kashmiris first, second and third, and not Indians at all? BALASAHEB DEORAS: This towering pracharak had a strong dislike for religious rituals, and referred to himself as a Communist within the RSSit is highly debatable if he believed in God, or if in any way needed Him. DEENDAYAL UPADHYAYA: The man who propounded the philosophy of Integral Humanism was opposed to the partition of India and recommended that, If we want unity, we must adopt the yardstick of Indian nationalism, which is Hindu nationalism, and Indian culture, which is Hindu culture. These and other leaders, including Vijaya Raje Scindia, Atal Bihari Vajpayee, Lal Krishna Advani, Ashok Singhal and Bal Thackeray, are all reckoned with in The RSS: Icons of the Indian Right. Through individual stories of the organisations tallest leaders, a bigger picture emerges: in spite of a three-time ban on the RSS in a multicultural and secular Indiaand despite the RSSs insistence that it has no truck with electoral politicsthe group is, and will be, the hand that rocks the BJPs cradle.