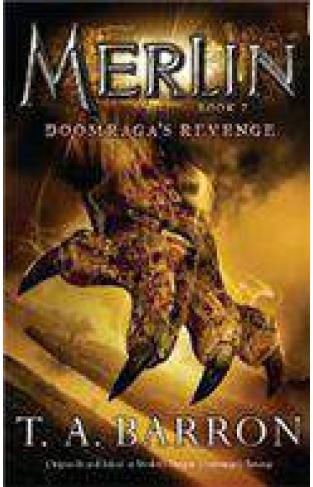 Basil becomes Merlin's partner as they battle the mysterious shadows that threaten the new Avalon. A dark magic has been spreading across Avalon. Initially, the events seemed unrelated: a war in Fireroot between the dwarves and the fire dragons, blight in Stoneroot, and disputes throughout the realms. But as Merlin and Basil scour the realms, they begin to realize that looming behind the growing chaos is a single dark threat—an enemy that they’ve never encountered. One that must be stopped before all of Avalon is lost. In this jaw-dropping sequel to the mega-hit Merlin’s Dragon, T. A. Barron sends Merlin, Rhia, and Basil, the greatest dragon ever, on a mission across Avalon to root out this new enemy. But sacrifices will be made, relationships will be tested, and precious lives will be lost. --This text refers to the Hardcover edition.